Bleading gums, what it means and what you need to do. 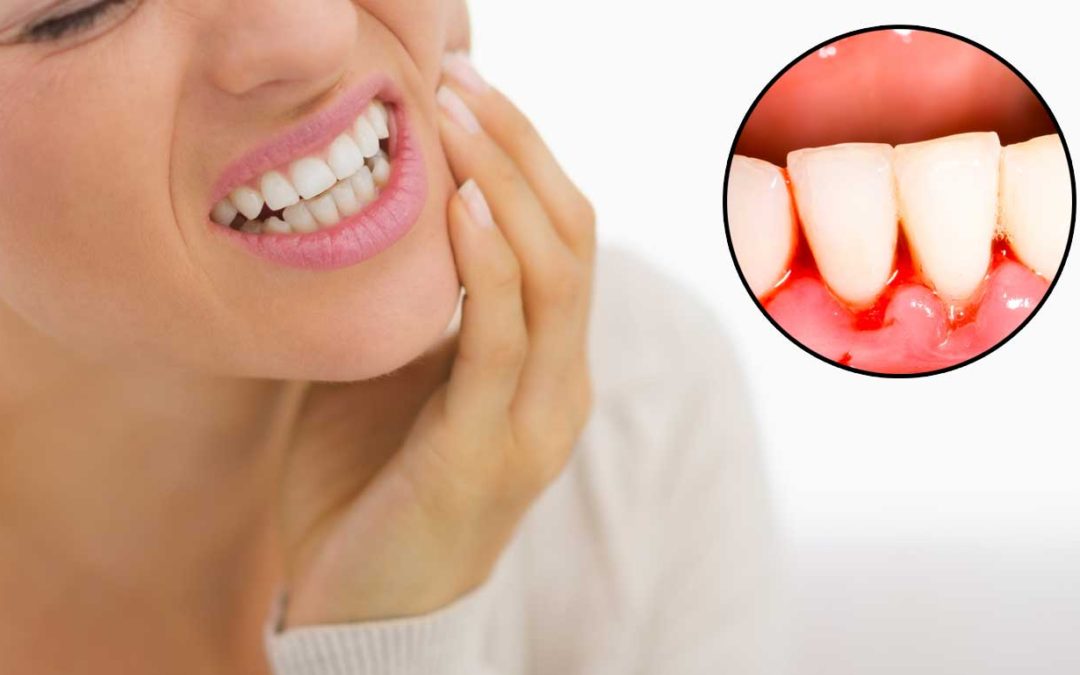 Seeing blood in your sink after you brush your teeth can be alarming, but there’s no need to panic. You may be able to cure your bleeding gums without even seeing a dentist, depending on the situation. In this article, I’ll explain the common causes of bleeding gums, what you can do to stop the bleeding and how to know when it’s time to see your dentist in Fresno Ca.

How Your Gums Work

If you examine your gums, they should be a healthy shade of pink, not red. You can notice they make a C shape around the neck of the tooth (where your tooth begins to get skinnier). Where they touch your teeth, they form a small groove, like a collar around the tooth.

Though they are a tiny part of your body, gums have a big job. They protect the neck and roots of your teeth from bacteria. Without healthy gums guarding your teeth, bacteria can sneak beneath your teeth, damaging tissues. Over time, the tissues become too damaged to hold your teeth, leading to loose teeth that can even fall out.

If you don’t floss or brush regularly, bacteria (also called plaque) builds up in the groove around your teeth. Sometimes you can even see the plaque as white or yellowish marks by your gums.

As bacteria grow and move, they irritate your gums, causing gingivitis. Gingivitis is the early stage of gum disease, and its most common symptom is bleeding gums. Besides bleeding gums, you could also have gingivitis symptoms like red gums, sensitive gums and bad breath.

Luckily, this stage of gum disease is reversible. Your dentist can help scrape away plaque and bacteria. Brushing and flossing keeps the bacteria away for good so you can enjoy healthy gums.

However, if gingivitis gets worse, your gums may start to pull away from your teeth, leaving space for bacteria to travel into tissues below your teeth. The longer bacteria live in your tissues, the worse your dental health gets.

When you are pregnant, changes in your hormones affect your entire body. Your gums are no exception. Hormone changes can cause “pregnancy gingivitis.” Your gums may swell up and become sensitive, causing bleeding when your brush or floss. To avoid oral health issues, talk to your dentist about how to care for your teeth when you are pregnant.

The medicines you take can make your gums more likely to bleed even if you have excellent brushing and flossing habits. Blood thinners and aspirin keep your blood from clots that stop bleeding. These medicines especially increase your risk of bleeding gums and may cause your gums to bleed for a long time after brushing.

You should tell your dentist Dr Donan, in Fresno,  if you are taking these medicines. We dentists want to help your mouth be as healthy as possible, but if we don’t know about your general health, we can’t give you the right care.

If you have just started a new oral health routine, such as brushing or flossing more often, your gums may bleed until your mouth gets used to the new habits. Brushing and flossing clears away bacteria and plaque from your gums. As you practice these good habits, you gums should bleed less and less and eventually stop altogether.

Keep in mind that brushing too hard can also irritate your gums and cause them to bleed. Always use a gentle motion when brushing and consider getting a brush with soft bristles.

When to See Your Dentist  in Fresno About Bleeding Gums

So do you need to see your dentist? Maybe.

Sometimes, if you practice good habits, your gums will get better without a visit to the dentist.

I also recommend that you see your dentist if you experience other symptoms of gum disease, such as:

The sooner you see your dentist about signs of gum disease, the more likely you’ll be able to reverse the condition.

What to Consider if You Have Bleeding Gums

While bleeding gums aren’t a cause for panic, they are a sign that you need to make positive changes to your oral health routine. I would encourage everyone to improve their gum health with these tips.

So many of us find it easy to ignore the presence of blood in our mouth. We see at the dentist when we get our teeth cleaned.It’s routine, right? Remember It’s important to realize that gum disease has greater ramifications to the rest of the body. Gum disease is actually a greater predictor of morbidity than heart disease is. Next time you see blood on your floss you should think of this fact. The only real good solution to fixing those bleeding gums, ultimately, is a trip to the dentist. I hope this post has convinced you of that.